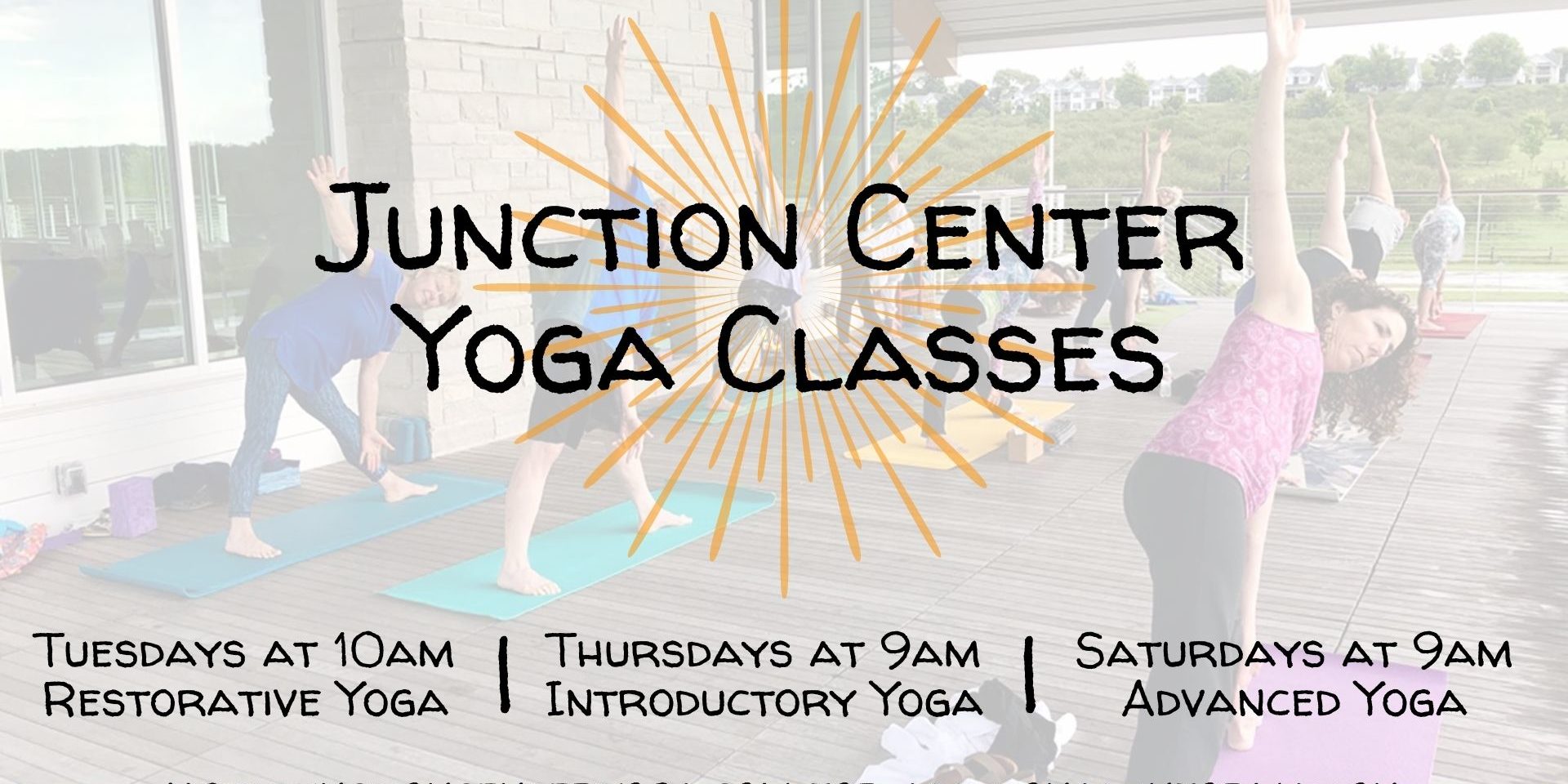 Weekly in the Great Hall or on the Kress porch, weather permitting.

TUESDAYS: Restorative Yoga at 10am

WEDNESDAYS: Introductory Level 1 Yoga at 9am

SATURDAYS: Advanced Level 2 Yoga at 9am

This is a co-ed yoga class hosted by Kathy Navis of Junction Center Yoga where all level of students are welcome!  There is no set cost, this class is donation funded.  Participants are invited to pay what they are able to afford, no sign up necessary.

ABOUT THE INSTRUCTOR – “Kathy Navis has been practicing Yoga since 1980. She began her studies while in college at UWGB in Green Bay, WI. In 1996, she began to study with Kathleen Kelly Hoffman of the Bay Area Yoga Center. In 2001, she completed her teacher training as well as the advanced teacher training at the White Lotus Foundation in Santa Barbara with Ganga White and Tracey Rich. Since then, she has done extensive study with Dr. Ranjani Cobo an Ashtanga teacher from Argentina. In 2006, Kathy began to work with the late Micheal Stone, a former Yoga teacher, psychotherapist, Buddhist teacher and author who was based in Toronto. She founded Junction Center Yoga & Zen on September 11, 2001.” – Junction Center Yoga Studio Website