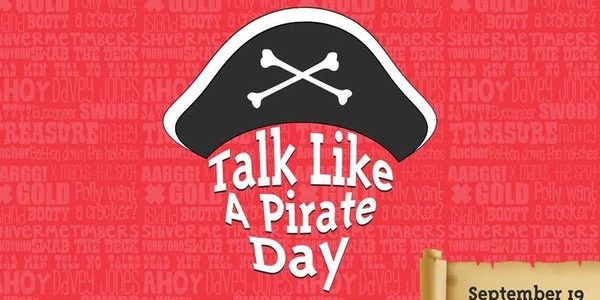 Ahoy! Join us in celebrating Pirate Week with a craft in the Maker Space.  Be sure to brush up on your pirate terms and phrases!

International Talk Like A Pirate Day is a parodic holiday created by John Baur and Mark Summers (a.k.a. Ol’ Chumbucket and Cap’n Slappy).  The idea came about when Summers and Baur were playing a game of racquetball, and an injury during the game resulted in one of them outbursting “Aaaarrr!” in reaction to the pain.  The duo proclaimed September 19th of each year to be the day everyone in the world should talk like a pirate.  For instance, an observer of this holiday would greet their friends with “Ahoy, mateys!” instead of the formal “Hello, everyone!”