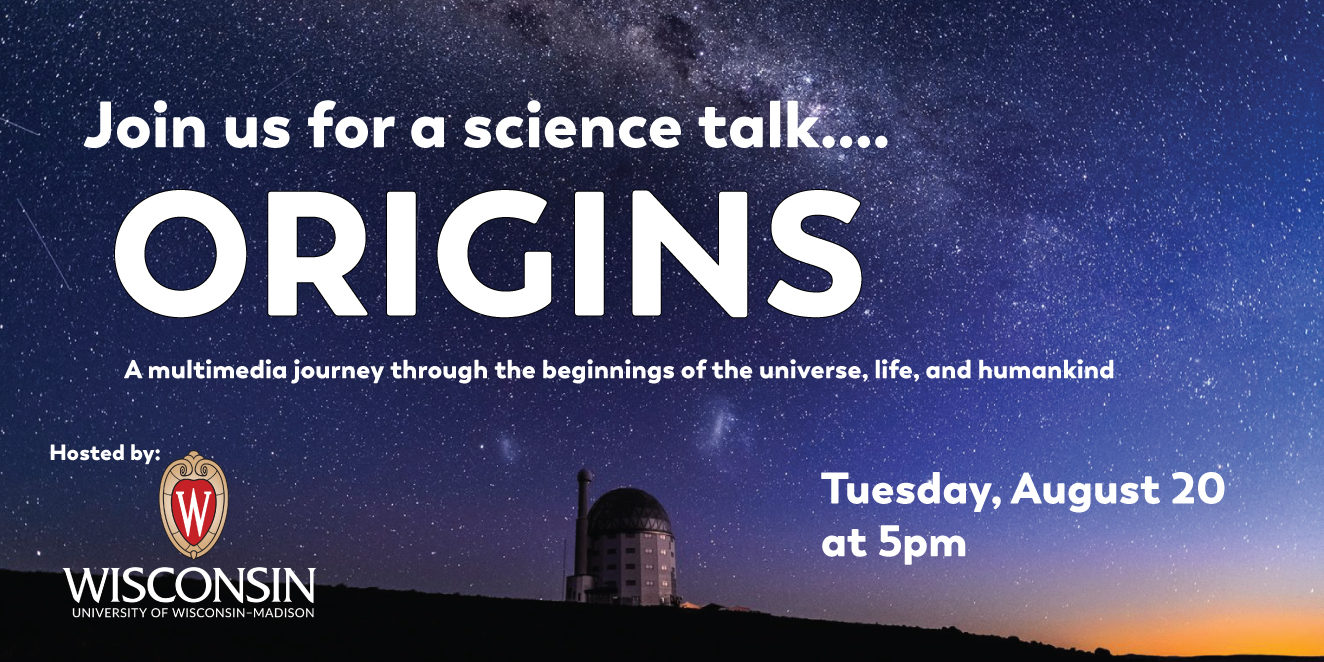 About: In July 2017, a science writer, a photographer and a video producer from UW–Madison traveled to South Africa to find stories about our beginnings, from the origins of the universe, to the origins of life on Earth and the origins of humankind. On August 20, they will visit the Kress to share their discoveries as part of the first presentation outside the academic community.

About the Origins Project:
In the 1990s, South Africa dismantled apartheid, its institutional system of racial oppression that was aimed at the nation’s majority black and colored people. Since then, the country has staked its national transformation on several scientific fields, including astronomy, anthropology and geoscience. The University of Wisconsin–Madison has partnered with scientists, universities and government agencies in South Africa and helped advance and open new scientific frontiers. Origins is an online storytelling experience that shares the tales of the science and the scientists uniting our two nations, and of the quest to uncover our beginnings- of our universe, of life on Earth and of humankind.

“Finding Your Center” Movement Class – Thursdays at 9am
October 1, 2020