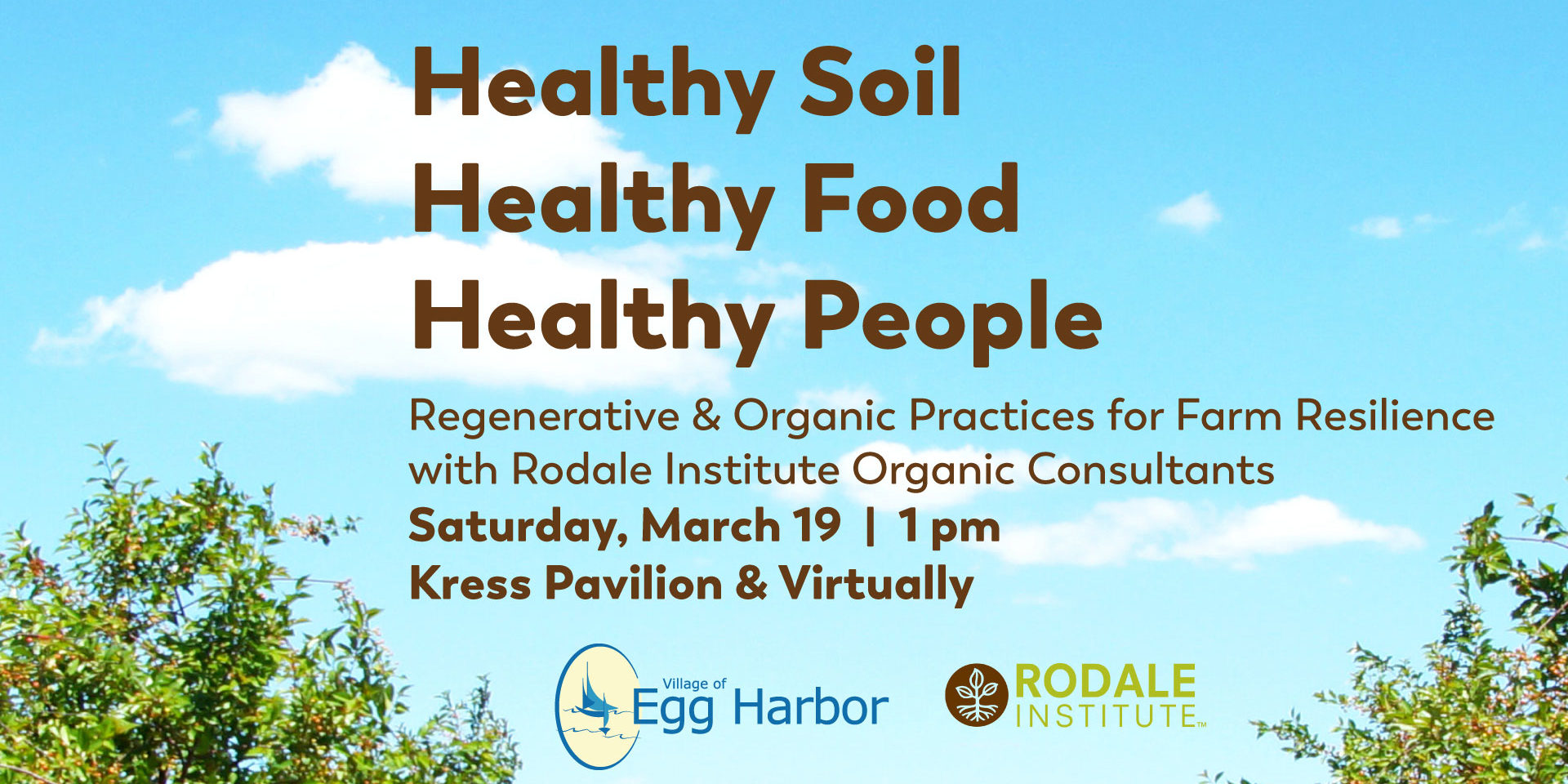 (Egg Harbor) Robert Rodale, J.I. Rodale’s son, coined the term “regenerative organic” to distinguish a kind of farming that goes beyond sustainable. He proved that soil health is intrinsically linked to the total health of our food system.

In conjunction with the work that Rodale and the Village of Egg Harbor have undertaken to enhance land management practices on the Public Orchard, managed by Seaquist Orchards, the program will focus on orchard growing and regenerative organic farming practices for Door County’s largest exports cherries and apples. They will also touch on other local crops.

Attendees learned about Rodale Institute, the benefits, and successes of Regenerative Organic Agriculture and how to apply it in their garden or orchard.

This program is supported by our generous sponsors Greens N Grains and Climate Change Coalition.

About Léa Vereecke, Midwest Organic Consultant:
After growing up on a grain farm in Northeastern France, Léa earned an M.S. in Agronomy and Agroecology. For four years, she was a Research Specialist with Dr. Erin Silva at the University of Wisconsin-Madison, overseeing diverse research projects—including cover crop-based reduced tillage systems, organic row crops, small grains, cover crops, industrial hemp, and more. Léa has always been fascinated by sustainable agronomic crop production and values maintaining close relationships with farmers to motivate and inform her work.

Nathanael Gonzales-Siemens, California Organic Consultant
Nathanael spent his undergrad years studying Plant Genetics and Biology at UCLA and has a teaching credential for CSU Los Angeles. He grew up on a small farm in California’s San Joaquin Valley and founded two businesses there with his family. The first, now run by his brother, is focused on food justice and sovereignty and the second, operated by his wife, strives to implement regenerative farming practices and to equip and empower traditionally underrepresented groups.

About Green Tier Community, Village of Egg Harbor: Green Tier is a voluntary program that recognizes and rewards environmental performance “that voluntarily exceeds legal requirements related to health, safety and the environment resulting in continuous improvement in this state’s environment, economy, and quality of life.” Resolution 2017-17 was passed in August 2017 and approved Village participation in the Green Tier Legacy Community framework.

About Seaquist Orchard: Back in the early 1900’s Anders Seaquist planted his first cherry trees and discovered that Door County has a unique way to nurture and grow these particular trees. In the 1960’s, they expanded acreage to 100 acres of cherries and apples. In 1983 Dale and Jim formed a partnership and doubled the acreage to 200 acres. At that time the focus became more on the tart cherries, less on other fruit. From the 1990’s to present day has brought the largest changes with planting new orchards every year since then. Today the farm consists of approximately 1,000 acres of tart cherries and over 50 acres of apples and sweet cherries. In an average year the farm can produce about 6 million pounds of cherries. In 2016 three next generation guys Zach, Cole and Justin became shareholders to help continue the ability of the operation to be sustainable.  They have provided new energy and skills to help drive the company forward.