Event: Feb 1 -Dinner & A Movie with Guys on Ice 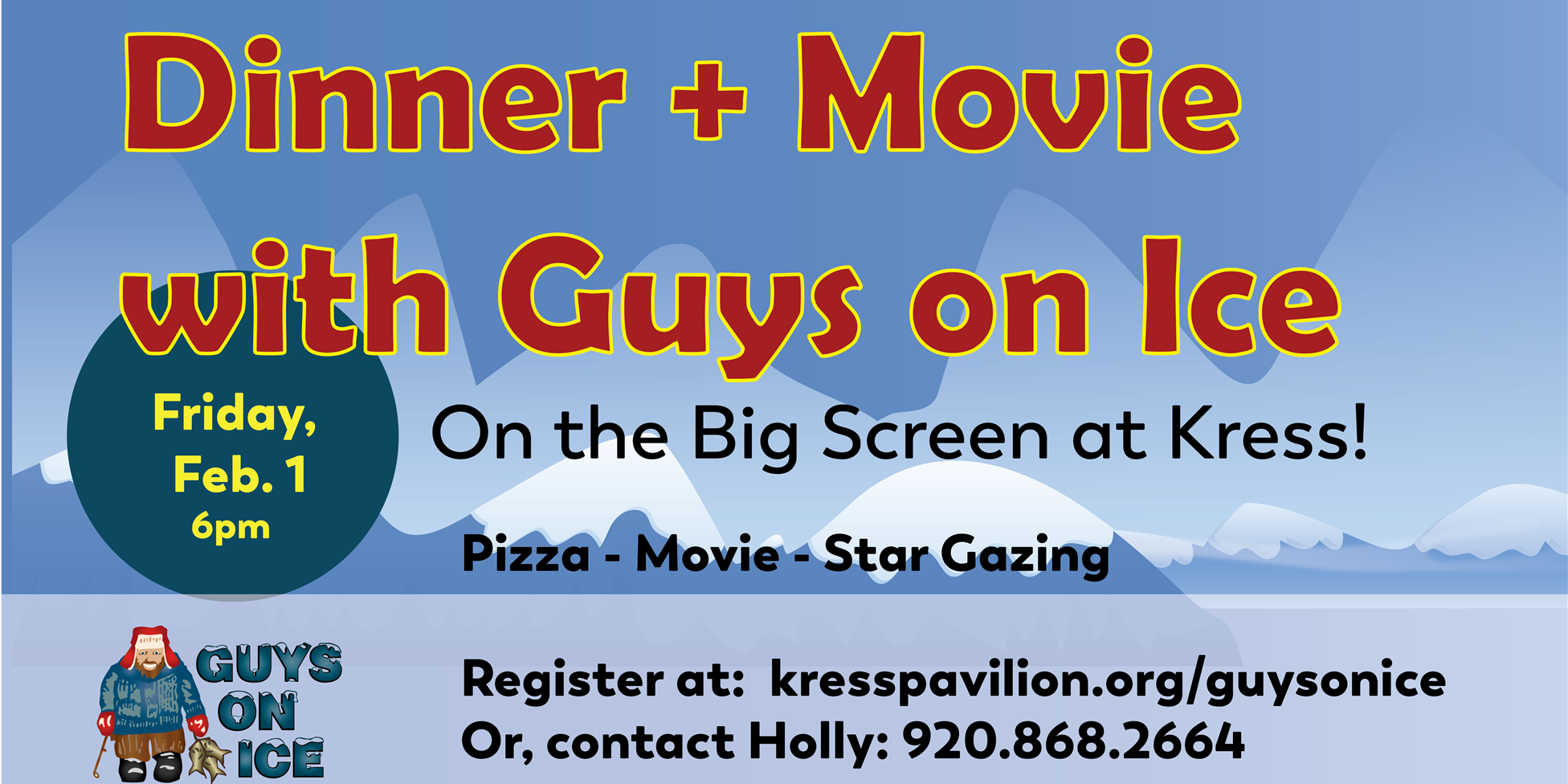 Guys on Ice, the beloved – and hilarious – Wisconsin musical theater tradition, is coming to Wisconsin Public Television (WPT).
Since its theatrical debut in 1998, Guys on Ice has become a Wisconsin musical tradition. Enchanting audiences of all ages, the play has drawn fans to productions at the Northern Sky Theater and on stages across the state and beyond.

Join Marvin and Lloyd inside their ice fishing shanty for a hilarious look at life, love and the pursuit of the perfect catch – even when the fish aren’t biting. Laugh and sing along with classic songs like “The Wishing Hole,” “Ode to a Snowmobile Suit” and “The One That Got Away.”

Recorded at Northern Sky Theater in summer 2014 and starring Doug Mancheski and Steve Koehler, this is the first time the musical, written by Fred Alley and James Kaplan, has been captured on video.

The night will feature free pizza sponsored by Mojo Rosa’s, popcorn and candy. After the show, stay for a sneak peek of Northern Sky’s new facility set to open for the 2019 season

Dance the Stories and Intergenational Dance Class in the Great Hall
February 25, 2021