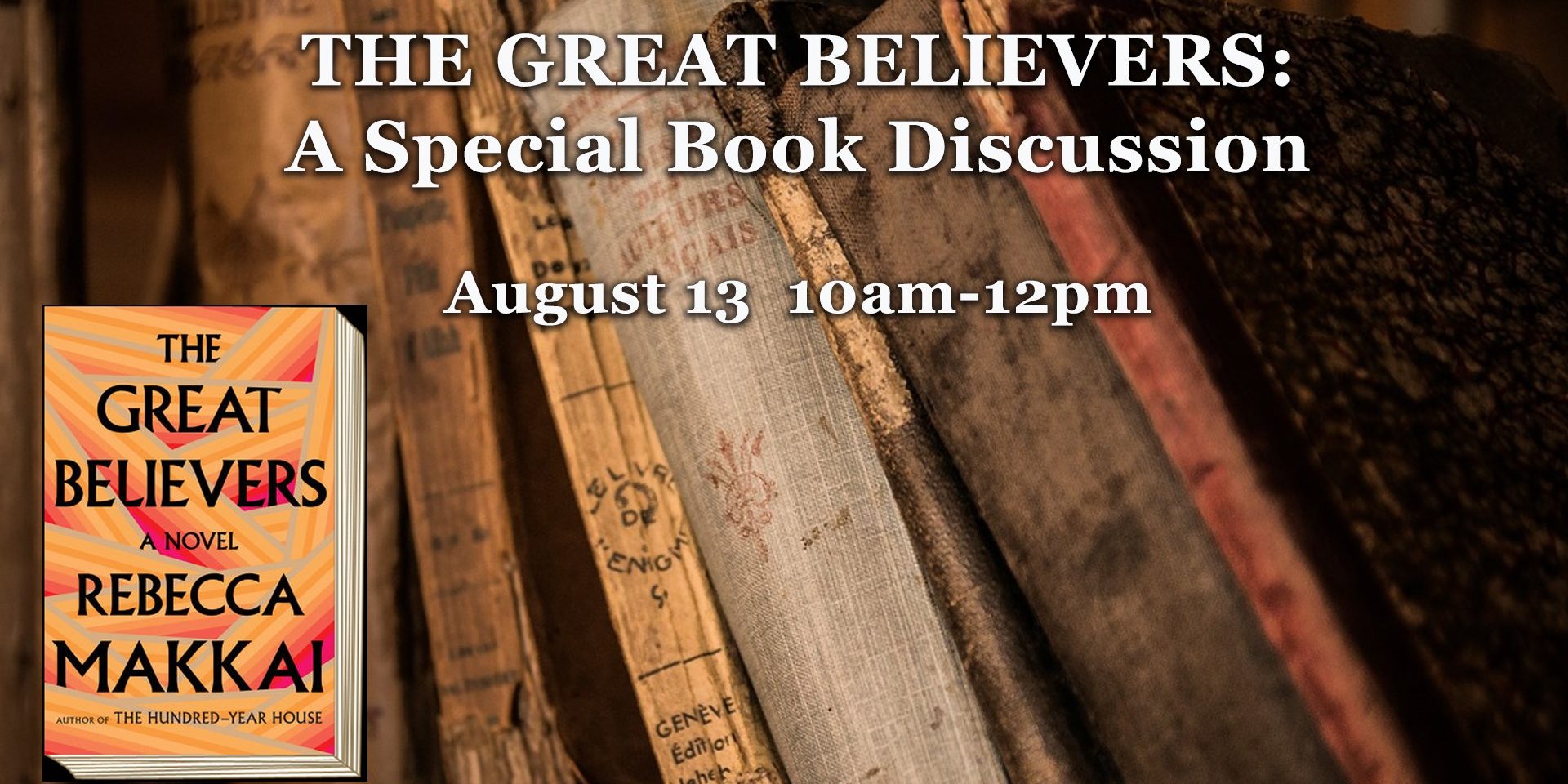 The Great Believers is set in contemporary Paris and in 1980s Chicago, with a significant plot line occurring in Door County. Zoe, who’s in a writing group with Rebecca, will have interviewed her prior to the event about how she researched her locations and her own experience with the region. While we can’t promise there will be no spoilers, the conversation should be enjoyable to anyone with an interest in literature and the area, whether or not they’ve read the book. Zoe will close by offering writing prompts that encourage participants to craft a scene or reflection of their own inspired by Door County.

About The Great Believers:
In 1985, Yale Tishman, the development director for a Chicago art gallery, is about to pull off a coup, bringing an extraordinary collection of 1920s paintings. Yet as his career begins to flourish, the carnage of the AIDS epidemic grows around him. One by one, his friends are dying and after his friend Nico’s funeral, the virus circles closer and closer to Yale himself. Soon the only person he has left is Fiona, Nico’s little sister.

Thirty years later, Fiona is in Paris tracking down her estranged daughter who disappeared into a cult. While staying with an old friend, a famous photographer who documented the Chicago epidemic, she finds herself finally grappling with the devastating ways the AIDS crisis affected her life and her relationship with her daughter. Yale and Fiona’s intertwining stories take us through the heartbreak of 80’s and the chaos of the modern world, as both struggle to find goodness in the midst of disaster.

DCEC Hosts a Virtual Event: Overtourism and the Capacity of Door County
June 3, 2021