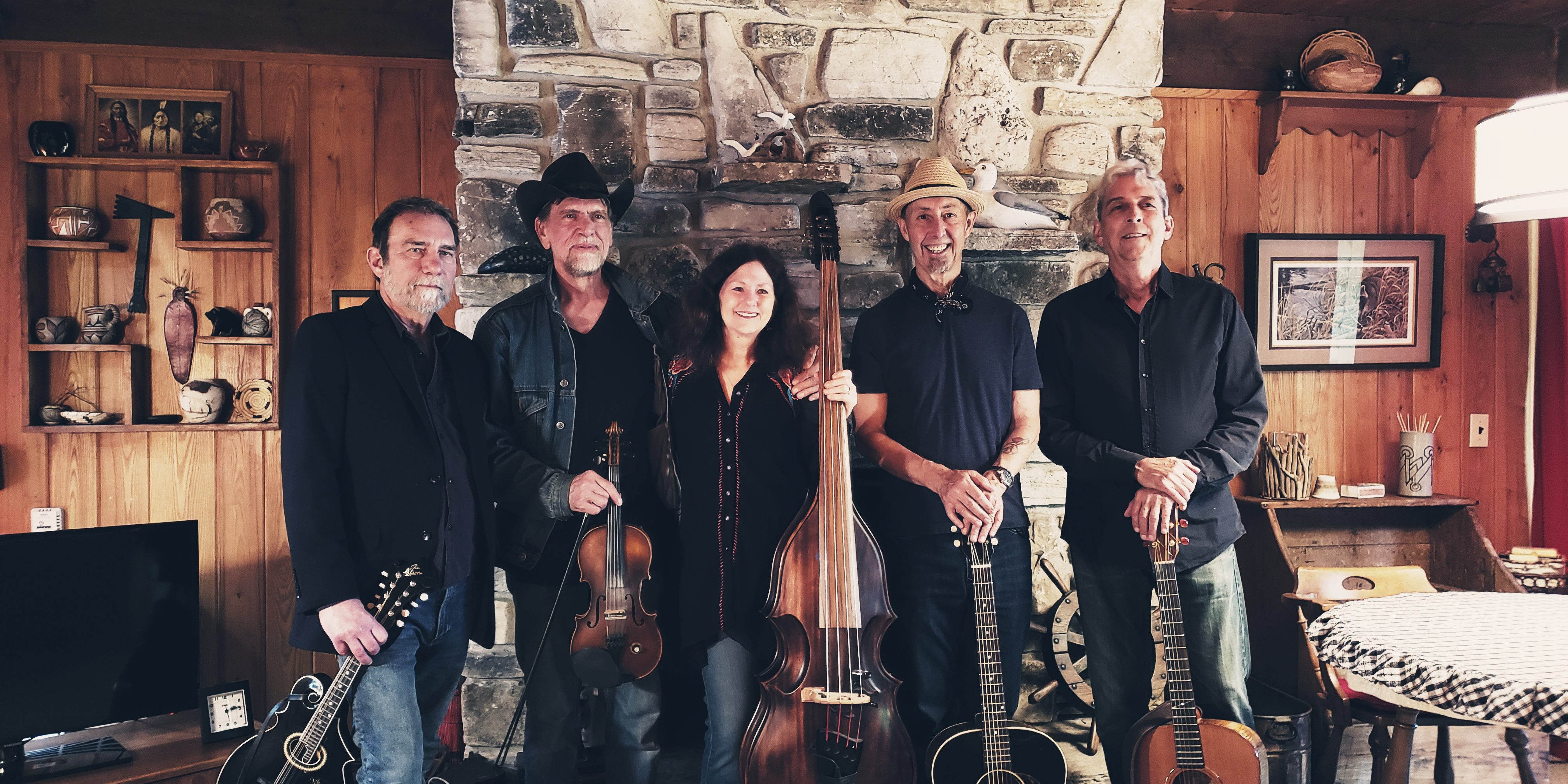 Join us for a fine, eclectic blend of American Music in the Great Hall

Door County is blessed with extraordinary talents in most artistic areas. Music is no exception. A convergence of styles and performance creates new opportunities for working musicians to find one another, and quite often, to new bands forming.

Terry Murphy and the Cherry Pickers is such a group, eager to see where their next chapter in a lifelong passion for music takes them.

Terry Murphy, a prolific song writer and recording artist, was looking for musicians to bring fresh ears and arrangements in a live setting, to many of the songs he has recorded over the years. It also keeps the pen sharp, as new performances are fertile grounds for new songs to emerge.

Ironically, the members of the Cherry Pickers were handpicked by Murphy for their personalities and musicality, on and off the stage.  It is a group of musicians that have literally gone across the globe, performing with others and paying their musical dues one show at a time.

The result is a fine eclectic blend of classic American music: bluegrass, rock, swing, jazz and folk with topical and thoughtful lyrics or songs of past generations recreated to keep the old hits alive.

The Cherry Pickers, all multi-instrumentalists, include Terry Murphy, on guitar, vocals and primary lyricist.

Terry Murphy, a local, singer songwriter, multi instrumentalist and recording artist, has been performing for the last 45 years predominantly in Wisconsin.  A retired HS Special Education/Language Arts teacher and athletic coach, Terry still works with young song writers and has been involved in the Exposure to Creativity program at Gibraltar HS the last two years. He is also working out the details with Write On, Door County, to expand more opportunities for songwriters of all ages.

Fulfilling a lifelong dream and moving up to Door County in 2012, he recorded two albums with Northern Sky’s Sound Engineer David Alley in 2014, Kickin’ the Dream and 2016, Curious Waters. Both received critical acclaim from the Peninsula Pulse entertainment writers, comparing his work to John Prine and Stephen Stills.

In the past three years Terry was a member of bluegrass band, Last Man Standing, as a guitar player, vocalist and song writer and also shared the stage with Cherrypicker Pete Evans in duo performances throughout the county including the Door County Auditorium Coffee House Series, Play it Forward, Steel Bridge Song Fest, Fish Stock, Lost Moth Gallery and most of the usual DC entertainment venues and festivals.

Through Pete, who hosts selective jams with local musicians, Murphy met the likes of Ken and Karen Stillman and John Lewis.  Looking to play more of his original music with like minded players, the Cherrypickers we’re formed last year and have added guitarist John Lewis this spring.

Multi-instrumentalist, Pete Evans comes from a Bluegrass family and has been playing string instruments since age 7, with mandolin being his main focus. Raised in Indiana, Pete has performed with several groups touring and recording across the U.S. and Europe. He has appeared on several TV and radio programs including BBC and Prairie Home Companion. He was also a member of the Milwaukee Mandolin Orchestra.

After being a starving musician on the road, Pete began a career as Stage Manager, Technical Director, and Program Director for Theaters and Auditoriums in Indiana and Wisconsin. Now that Pete has retired he is able to once again devote his time to playing music.
About John Lewis:

John Lewis, Masters in Jazz Pedagogy, University of Miami, is a full-time performing musician/ guitarist/ teacher, currently based in Fish Creek, WI. John has performed extensively, coast to coast and abroad, has appeared on the Oprah Show, at Presidential Inaugural Balls, and a number of iconic venues. He has published several compositions both as a songwriter and as a composer of contemporary instrumental music. Currently John is performing with Guitarola, The Tom Fuller Band, Nine Worlds Ensemble, and Terry Murphy And The Cherrypickers.

About Ken & Karen Stillman:
High School Sweethearts, the Stillman’s relationship has involved music from the beginning with a story that brought them to blue grass heaven in Norfolk Virginia and back again. The two played with the Thunder Mountain Bluegrass Band, Back Porch Bluegrass Band  and appeared on stage with a number of their musical heroes including Bill Monroe, Lester Flatt, Marty Stewart, Ralph Stanley and Vince Gill. With Thunder Mountain, they were nominated as one of the Best Bluegrass Bands of 1980. After a stint as Macintosh software developers claiming the likes of PosterMaker and world acclaimed, award-winning Typestyler, the duo are back to bluegrass and currently play with The Green Bay Pickers and The Cherry Pickers.

“Finding Your Center” Movement Class – Thursdays at 9am
October 1, 2020