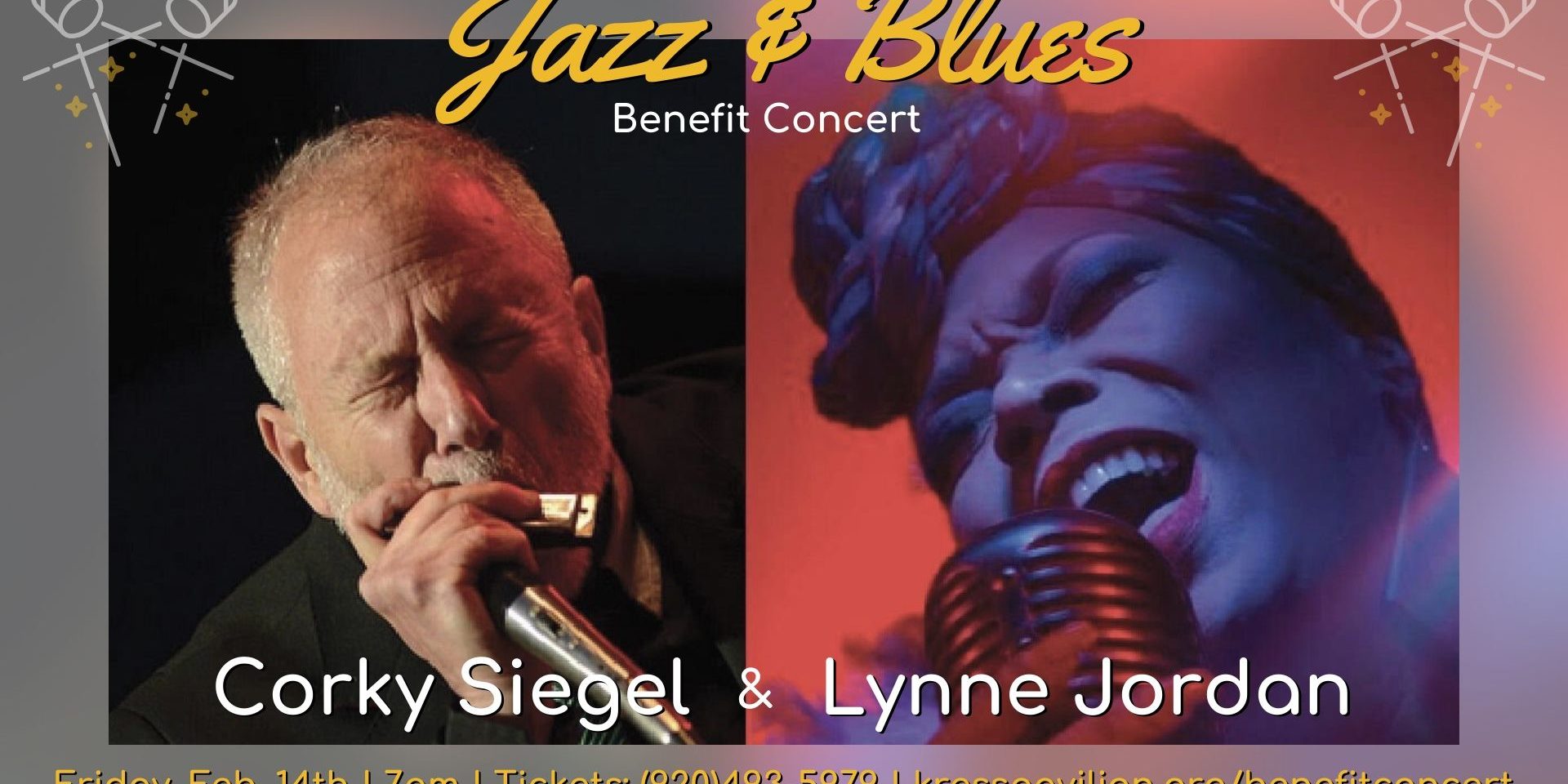 $15 per ticket, can be purchased at door on the night of the concert. To reserve tickets, call 920-493-5979. Reservations are recommended. All ticket proceeds go to benefit the Community Gardens.

Corky Siegel is known internationally as one of the world’s great blues harmonica players, and is a celebrated composer, blues pianist, singer, songwriter, band leader and author.

Along with the likes of John Cage, Steve Reich, Phillip Glass, and Meredith Monk, he is the recipient of a Meet the Composer/Reader’s Digest Commissioning Program for New American Music grant for chamber music composition resulting in his Chamber Blues ensemble’s popular Aunt Lila’s Suite; he has also been honored with the Illinois Arts Council Fellowship Award for Music Composition, the Chicago Music Awards’ Lifetime Achievement Award, and induction into the Chicago Blues Hall of Fame.

Additionally, Corky has written and performed works for the Grant Park Symphony in Chicago (most recently Blues for a Green Planet-Opus 10) and the National Symphony Orchestra at the Kennedy Center. He composed Continuum with renowned choreographers Alwin Nikolais and Murray Louis, and his music has also been choreographed and performed by five international ballet companies and has been used for numerous motion pictures and national TV specials, as well as the Olympic men’s figure skating competition and the World Championship skating competition featuring Olympic gold medalists Torvill and Dean. His recent commission from the Lancaster Symphony Orchestra, The Symphonic Blues Suite, has already been performed many times around the world.

In a city (Chicago) brimming with classic blues and jazz divas, Lynne Jordan stands apart. Not only do her soaring vocals dip effortlessly into blues, jazz, funk, rock, and even country but her bawdy personality wins over any crowd. Her talent so dazzled the Second City that the late Chicago film critic Roger Ebert declared her his “favorite diva.” Backed by her sizzling band The Shivers, Jordan quickly developed into a Chicago institution, playing jazz and blues clubs, The Chicago Bluesfest, swanky lounges and even the charity circuit throughout the country. She brought her special brand of storytelling, raw humor, and performance to Chicago, New York, and Atlanta with her sold-out show, A Musical Tribute to Nina Simone.

She performed as an Arts Ambassador representing the City of Chicago in Moscow and Kyiv and has graced stages throughout Europe and South America and was featured in the Jazz Opera, Don’t Worry, Be HaRpy by French composer Isabelle Olivier. The show returned to Paris for a third tour in June 2016. Lynne is currently featured live with the great Corky Siegel Chamber Blues- “an exhilarating experience!” She has released two CD’s to date and is featured on recordings by Tom Waits, Urge Overkill, Toronzo Cannon and several compilations, most notably a tribute to Janis Joplin: Blues Down Deep: Songs of Janis Joplin which also featured Etta James, Otis Clay, Taj Mahal & Koko Taylor.

Every Third Wednesday of the Month: Scrabble at the Library
April 26, 2022